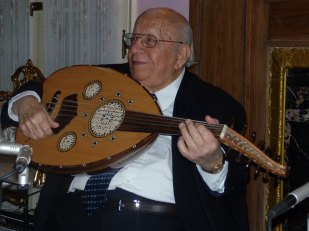 Abdul Karim Bader, renown Arab oud master has passed away on February 24, 2019 in Farmington Hills, a suburb of Detroit, Michigan.

Bader was born in Beirut, Lebanon in 1921.  “Abdel Karim” means “servant of the generous,” a reference to God. His family name, “Bader” means “full moon.”

Karim’s background is richly rooted in music. His father was a musician in the Ottoman Brass Army and played clarinet and oud. Thus, it was natural for Karim to eventually pick up the instrument when he was five years old, as a student of his father. 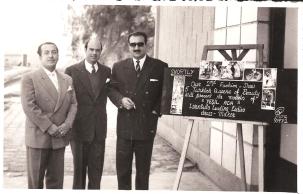 Back in Lebanon, he taught music and also formed “The Near East Radio Ensemble,” at the Lebanese Radio. 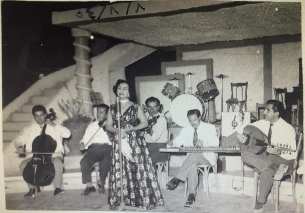 From Lebanon, Karim went to Greece and Iraq. Traveled throughout the Middle East and eventually came to the USA in 1970.

“I learned music on the violin and cello, but neither of these instruments really fulfilled me. The oud is a like a lover or a baby; you cradle it in your arms, hold it close to you.” said Karim from a 2011 interview conducted by musician Igor Houwat.

In 2005, in recognition for his lifetime of dedication, he was awarded the Golden Oud Award by the Arab American Arts Institute (Harvard University), and in 2006, a Michigan Heritage Award (through Michigan State University) which honors Michigan citizens for excellence and authenticity in community folk traditions.

Karim was probably one of the most well known oud musicians in the metro Detroit area for over fifty years.

“For twenty-five years I danced for Karim, all over the world. He was perfect, never made a mistake!” said Robin Schienle (stage name was Shadiah), a popular belly dancer from the Detroit area.