A Savior of Greek Music

It goes without saying that Meletios (Meleti) Pouliopoulos loves and respects his Greek music and heritage. 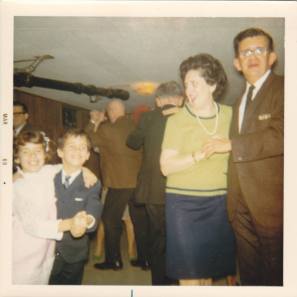 One of many house parties in Meleti’s house. This photo is from 1969.

Growing up in a household where music surrounded him, Meleti fondly remembers how his parents would sing and dance in their house. He remembers that his mother used to sing Rita Abatzi’s, Xanthi Evraiopoula (The blond Jewish girl) which was in Greek and Ladino. Back in the 1960s, they would host house parties and everyone enjoyed singing and dancing to Greek music. “They exposed me to a full range of music, and their singing brought the traditions to life” said Pouliopoulos.

It was during his childhood days he was exposed to Greek music and traditional Greek dancing styles such as Kalamatiana, Tsamika, and Epirotika.”When I was growing up in the 1960s, there was Greek music everywhere. We would always sing and dance in the house, and the record player was the centerpiece of our home”. 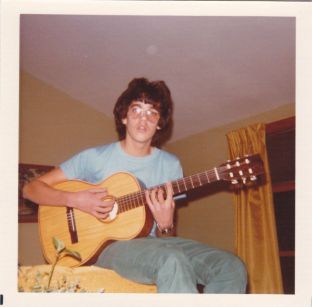 Meleti with a Classical guitar at his home in Manchester, NH, 1976.

Eventually, Meleti would study music as a child, first playing the viola in the 4th grade that would lead him into playing mandolin and guitar for several years. Growing up, he regularly attended the St. George Greek Orthodox Cathedral in Manchester, NH. It was there he joined the choir. “I would be listening to a Byzantine hymn, and would be drumming out a Tsamiko – somehow it morphed that way”.

As Meleti got older, not only did his passion for Greek music increase, but he saw the need to preserve his culture. “Our traditions are going up in flaming cheese” says Meleti.

Music is the core of any ancestry has vast historical implications if they are lost, which we have experienced in many cultures throughout Europe and the Middle East. Meleti saw the need to contribute and draw more attention to the preservation of Greek history. 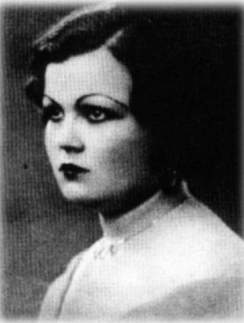 Rita Abadzi, a Greek Rembetiko singer that started her singing career in the early 1930s.

“I was concerned that the older music that I grew up with was not being re-released on CD, and wanted to figure out a path for preservation. In my love for my heritage, I wanted to find the songs that my family sang to see if they were recorded – and to also understand what they meant”.

He began to document the music by all means possible. Whether it was newspaper articles, catalogs, photographs, sheet music and ephemera. This included interviewing musicians or those connected to music that would help preserve the story of traditional Greek music. “One thing was very clear to me – that a lot of our music and history was lost, and it was not being preserved by the libraries and traditional institutions”.

Since its inception, Greek Cultural Resources has been a resource for musicians as well as students doing thesis work surrounding Greek music. Meleti wants to right the wrong that is available on the internet about Greek music and he is collecting every means necessary to provide accurate information about the music he loves. Whether it is a radio commercial or newspaper advertisement, they help to unlock the clues that will preserve history. Currently the archive includes thousands of phonographs, audio and video recordings. It is hard to believe that the good work Meleti has done through his nonprofit organization has been self-funded for over twelve years. In November, 2018, Meleti partnered with Fractured Atlas, a non-profit arts service organization. to fund raise so that he can continue to preserve his culture.

“The vision of Greek Cultural Resources is to become the premier archive of Greek
music and related traditions. In three years, I hope that we will have enough
support to have a building to house and process the collection, and to have a public
space for people to do research and lectures, and to learn about the lost history of
Greek music and culture” said Meleti.

It is Meleti’s desire and dream that the younger Greek generation learn and appreciate the music and culture of their grandparents and great grandparents. Meleti is concerned that the younger Greek generation, as they become leaders in the community and occupy jobs at various Greek societies and foundations, they wont know the rich history of their ancestries. “What they fail to understand is that music is an important part
of our heritage, and that traditions have been historically conveyed by music from
generation to generation”.

Under the category of “Did you know?”

1 Response to A Savior of Greek Music