I first met Art a few years ago while I was researching Detroit area Armenian musicians for my film documentary, Guardians of Music. It was my friend Simon Javizian who was able to get my contact information and come to find out Art lived only ten minutes from my house. 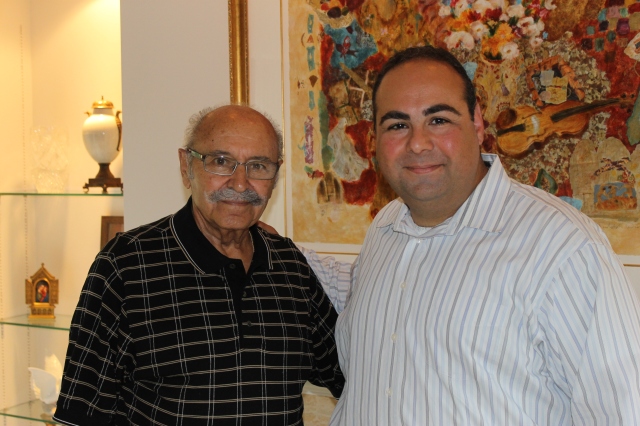 Art was a self-taught clarinetist that loved Armenian music. He was well known as the clarinetist in the Detroit band called Arax. I had a great time chatting with him and then interviewing him for the film.

At times he got teary-eyed as he fondly remembered the past. A very humble man that couldn’t understand why I would produce a documentary on the music he played and he often asked me if anyone would really care about the past. He couldn’t have been further from the truth as this documentary gave many of these past musicians a new life and the respect they deserved.

I was very fortunate to have preserved his voice and image for generations to come and learn the passion these musicians had for our music. They were the unsung heros, most not formally trained, played for the joy of it – never the money. Well…one time money was an issue. I love the story Art told me about how the Arax Band almost got on the Ed Sullivan Show. This was not long after they released a hit 45rpm record called Harem Dance (aka Shish Kebab). They were on the charts as a best selling song and Sullivan wanted the band to go on the show. Unfortunately, they couldn’t agree on the money and their national television spotlight disappeared.

Bless Art and his love for the music. A generous man and from what others have told me – a great husband, father and all around – gentle man. May his memory last in our hearts forever. Art passed on September 15, 2018.

If you are interested in purchasing a DVD of Guardians of Music to see Art and the other musicians, click here.